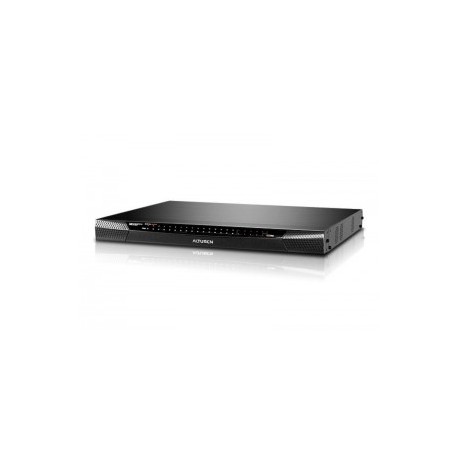 Images are for illustrative purposes only.

This product is no longer in stock

- Flexible expansion - the installation can grow as your needs grow:

- Switches can be cascaded to three levels

- Multiplatform support: PC, Mac, Sun, and Serial Console access – any type of console can control any type of computer; mixed combinations (PS/2 & USB) supported on both the console and computer sides

- Compact design – rack mounts in only 1U of rack space

- Disable Toolbar function – disables Toolbar from showing on the screen when the toolbar hotkey is used, instantly returning user to the GUI instead

- Power Over the NET™ integration for power control

- Backup and restore of configuration settings and user account information

- Virtual Media support lets you map storage media to servers that are connected to the switch allowing operators to conduct file transfers, install applications and OS patches, and perform diagnostics from a single console

4 other products in the same category: